According to the Controlled Substances Act of 1970, cocaine is classified as a schedule II drug. Drugs in this category are considered to be “narcotic drugs” and have a high potential for addiction and abuse, therefore they are illegal to possess, manufacture, or distribute. However, drugs that fall under this category may legally be administered by a physician under certain circumstances. Other schedule II drugs include methadone, methamphetamine, and morphine.

You may be surprised to learn that cocaine was not always a regulated drug in the United States. Cocaine is derived from the leaves of the Coca plant, whose leaves were used in the early production of Coca-Cola, hence the name. In the mid-19th Century, cocaine was also widely used in cough drops, toothache drops, topical anesthetics and wine.

Despite its former uses, cocaine possession is now a very serious crime that is subject to strict criminal prosecution at both the state and the federal level. Regardless of how small the amount of cocaine a person has in their possession, the consequences are severe and life-altering. Under certain laws, crack cocaine may carry even harsher penalties than regular cocaine.

Although the term possession seems pretty self-explanatory, when it relates to cocaine, it may not be as cut and dry. A cocaine possession charge can be either for simple possession or constructive possession. 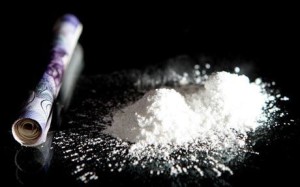 Simple possession of cocaine is the most common type of possession charge. It occurs when a person knowingly has cocaine on his or her person or within his or her physical control. This can include having cocaine in their backpack, purse, pants pocket, stashed in their shoe, or even hidden in a body cavity. They must know that cocaine is illegal and that they have the drug on or with them.

The key to simple possession is that the person must know they are in possession of an illegal drug. If someone obtains a bag that appears to be sugar because it is labeled as such, and that person has no knowledge that the bag of sugar actually contains cocaine, then they would not be guilty of simple possession. Despite the person’s innocence, it could still be challenging for them to prove their innocence in court.

Constructive possession of a controlled substance is more complicated. It refers to situations where the law interprets, implies or infers that a person has legal control over the cocaine or other drug. This differs from a person having physical control and is much broader.

It can also be considered constructive possession if cocaine is found in a handbag that belongs to a passenger in your vehicle or in another person’s home if the authorities can show evidence that the plan was to jointly posses the cocaine.

Under both federal and state law, here are a multitude of factors that can have an effect on the severity of the charges in your cocaine possession case. The factors include, but are not limited to:

If any of these factors apply, it can greatly impact the severity of a person’s sentence if found guilty.

If convicted of cocaine possession, there are a wide variety of potential penalties that may result. Cocaine possession is a very serious conviction, and so are the consequences.

Convictions at the federal level can involve: http://supolicies.syr.edu/docs/alcohol_penalties_federal.pdf

In addition, convictions at both the federal and state level can result in a combination of the following:

For a first offense, a Federal conviction of possession of an amount of 500-4999 grams of cocaine will result in a prison sentence of 5-40 years and fines of up to $2 million for an individual or $5 million if not an individual. If the incident involved serious injury or death, the prison sentence is 20 years to more than life.

A second offense of possessing 500-4999 grams of cocaine will result in 10 years to life in prison, or in the case of serious injury or death, the prison sentence is life imprisonment. A fine will also be levied of up to $4 million for an individual or $10 million if not an individual.

The penalties for a cocaine possession involving 5kg or more are 10 years to life in prison, or 20 years to more than life should the incident have involved serious injury or death. In addition, the offender is also subject to fines of up to $4 million dollars if an individual or up to $10 million if not an individual.

A second offense of possession involving 5kg or more of cocaine is punishable by 20 years to life in prison, or life imprisonment if death or serious injury resulted from the incident. A fine of up to $8 million for an individual or up to $20 million if not an individual also applies.

If a person has two or more prior cocaine convictions involving possession of 5kg or more of the drug, the penalty is life imprisonment.

Criminal Penalties in the State of Texas

Although specific criminal penalties of cocaine possession vary by state, the penalties in the state of Texas are based upon the amount of cocaine the person had in their possession and are as follows:

If you happen to find yourself in a legal battle involving possession of cocaine, it is imperative that you seek counsel from an experienced Houston criminal defense attorney who specializes in criminal drug cases. Relying on a court-appointed public defender is a mistake that you may regret for the rest of your life. Hiring the right attorney could make the difference between receiving probation and being sentenced to a number of years behind bars.

Enter the danger zone of the cocaine drug and see ways in which mules attempt to bring cocaine into America and Europe. Drug dealers don’t hesitate to kill anyone who stands in the way of their billion dollar industry. Cocaine is trafficked by submarine, air freight, and more commonly, human traffickers.

We’ve taken the time to outline the more interesting points about the cocaine trafficking video in the list of points below. Although few have really seen how drug dealers and cocaine smugglers operate, they will now.

To be accused, arrested, and charged with drug possession by law enforcement is a situation that carries a lot of weight. The possibilities available for punishment vary greatly from probation, on up to a sentence of anywhere from 20 – 99 years incarceration. Generally, the time that you will face if caught with drugs in your possession (and convicted) will vary greatly depending on the quantity of the controlled substance in your possession at time of arrest.

If you are charged with possession, it means that the State of Texas has probable cause to arrest you for possession of a controlled substance. However, any Houston criminal charge defense lawyer you hire will operate under the preface of you being innocent until proven guilty as should the criminal justice system per the United States Constitution.

If you are found by a police agency to be in possession of marijuana, cocaine, heroin, ecstasy, meth, PCP, crack, or any other drug deemed to be a controlled substance according to Texas law, a conviction will result in a 6 month suspension of your Texas Drivers License. For this reason alone, meeting with a drug crimes attorney will give you an opportunity to fight against the suspension of your drivers license in Texas.

Drug possession penalties involving small amounts of marijuana are often classified as misdemeanor criminal offenses, however, any amount of cocaine, heroin, or meth will result in a felony charge by law enforcement. If you are convicted of such a crime, you may be able to avoid jail time by getting a deferred adjudication ruling or probation with intent to have the criminal charge removed, or expunged, from you background.

A person can be charged with the possession of a controlled substance if the police find drugs on your person, or in place that you control or have easy access to. A good example of a place could be your vehicle, locker, home, apartment, bags, your pockets, or any other area that could control or have unobstructed access to. Even being in a location outside your home, say on a couch or a bench, with drug in your immediate proximity, could result in the police having probable cause to initiate a drug arrest.

If you are convicted of possession of narcotics you are likely looking at jail time, monetary fines, and a criminal record that follow you for the rest of your life. Going to jail has a way of putting a strain on inmates, and a strain on the families of the imprisoned. Once released from jail, it will be impossible to get some professional licenses or to hold some employment positions.

Penalties for Possession of a Controlled Substance in Texas

As you can see in the Texas drug crime penalty chart above, criminal penalties for drug crimes range from a few days in county jail and a small fine on up to 99 years in jail with a criminal fines of up to 50,000.00.

If you have a criminal case pending and have not yet decided on how you want to handle it, talk with a board certified criminal defense attorney with experience fighting the state of Texas on drug crime charges. Even if you intend to plead guilty, talk with a smart lawyer in Houston and you will probably get through the situation without having to serve time in jail if this is a first offense drug charge.